This 14 Day Cape Town to Durban Tour incorporates Cape Town and some of the great roads of the Garden Route. It goes further along the coast to showcase the Drakensberg as well as some of the indigenous cultures of Southern Africa. Running from Cape Town to Durban, this tour gives a great overview of the different landscapes as well as the different cultures that are found within South Africa.

From the Cape Metropolis, we ride along winding coastal roads through lush Landscapes and the Overberg region, the breadbasket of the Western Cape. Then it goes onto the high plateau that is the interior of South Africa. Called the Karoo, this arid, semi-desert region is home to Route 62, the African equivalent to Route 66. We take some time to explore this area including the ostrich farming in the city of Oudtshoorn before we turn back to the coast to experience the Garden Route, a long stretch of coastal forests including the cities of Plettenberg Bay and Knysna.

Wild Africa is on the cards when we spend 2 days in a private game reserve to find the “Big 5”, Africa’s most dangerous animals. Back to civilization, we start immersing ourselves in the different indigenous cultures South Africa has to offer. Travelling along the Drakensberg, we will be visiting the Xhosa and Zulu Tribes as well as the Sotho.

This tour can be done at any time of the year, however, the time from October to April is best to travel through the Cape as it is the dry season. There might be some light rainfall in the Durban area all year round. From June to November there is a chance to see Southern Right Whales along the coast.

The following prices serve as an indication and are based on a group of 8 people. The cost will be calculated individually for your group size and itinerary. We reserve the right to change prices, content and routing of this tour without prior notice.

There are so many great benefits with one of our tour packages. Here we outline what is included and what is not included in your adventure holiday experience.

Arrival at Cape Town International Airport. You will be collected by your guide and driver in an air-conditioned vehicle. We will do a short orientation tour of the city of Cape Town and visit Table Mountain (weather dependant). Expect to see the Castle of Good Hope, the City Hall, District 6, the Company Gardens, the Cathedral and the Cape Malay Quarters. We will also visit the Waterfront to give everyone the chance to exchange/ withdraw some money. Our hotel will have the rooms ready from 14:00 when there will be some time to relax and unpack. At 18:00 we will depart for a welcome dinner at the gold restaurant, which will serve traditional South African delicacies and showcase some of our diverse cultures.

Collection of motorcycles in Cape Town. After a short introduction, we will depart on a tour to the Cape of Good Hope including Camps Bay, Hout Bay, Chapman’s Peak Drive(weather dependant), Scarborough, Cape of Good Hope, Cape Point, Simons Town (penguins), Ou Kaapse Weg. This tour takes us along some of the well-known cape passes and to all the major tourist attractions. The route gives us a chance to get acquainted with the bikes and the fact that South Africans do drive on the left.

Today we are leaving Cape Town. Your luggage will be transported in the accompanying van and be taken care of by the driver. The day will be spent riding some of the amazing passes in the Cape Winelands and the surrounding mountains before we settle in Stellenbosch to sample some of the wines of the region.

The route takes us along the coast through Gordon’s Bay, Claren’s Drive, Hermanus, Stanford, Cape Agulhas (the southernmost point of the African continent) to Arniston. Arniston is known for its coastline. Even though the beaches are not generally safe for swimming, take the time for a long walk along the coast, looking for shells or trying to spot the rare Black Oystercatcher. In season it is also a great spot to watch whales frolicking in the surf.

Leaving the coast and riding inland through a farming country that is the Overberg region, we will visit the villages Bredasdorp, Stormsvlei, Swellendam and Ashton on route to Montague. Montague is the start of Route 62, known as the longest wine route in the world. Take some time to sample some of the wines of the region or explore the little farmstalls of the village.

Dry and arid landscape awaits us as we are riding Route 62 through Barrydale (including a stop at the famous “Ronnie’s Sex Shop”)and Calitzdorp to Oudtshoorn where we will visit an ostrich farm. Learning a lot about these fascinating birds we will have a chance to ride them and if you fall off you can get your revenge by having them for dinner. TIP: Ostriches are bred for their feathers and leather. Your chance to browse for some high-quality souvenirs.

Through the flowing bends of the Outeniqua Pass, we find the start of the “classic” Garden Route in George and travel through Knysna and Plettenberg Bay into the coastal rainforests of the Tsitsikamma. Riding along the coast we reach Cape St. Francis our overnight destination.

A short ride brings us past the surfing spots of Jeffrey’s Bay and Port Elizabeth into the rolling hills of the Eastern Cape bushland. We check in at the Kariega Private Game Reserve where we will spend the next 2 Days hunting for pictures of the “Big 5”. The rangers will be ready for us in the late afternoon to take our first drive into the African Bush.

After an early breakfast, we climb into the game viewing vehicles at Kariega Private Game Reserve where the knowledgeable rangers will track the “Big 5” as well as many other animals for us. The afternoon can be spent relaxing at the pool or engaging in one of the many outdoor activities on offer. After afternoon tea the rangers will take us on a sundowner drive into the reserve.

Use the offered early morning game drive to take some final “shots” at the animals or have a little lie-in before we say good-bye to the safari lodge and travel through the wild Transkei (the home of Nelson Mandela) past many of the traditional “Kraals” of the Xhosa tribe to East London.

Travelling ever deeper into the Eastern Cape experiencing some of the rural countrysides of South Africa through wide bends and many small mountain passes until we reach Coffee Bay, another one of South Africa’s famous surfing spots.

In the morning we will take a little excursion along the coast to the famous coastal sight of the “Hole in the Wall”. After lunch, we will reach the Drakensberg Mountains and continue to the Lesotho border and the old frontier town of Underberg. Stretching for over 450km the Drakensberg is home to the largest mountains in southern Africa. The peaks reach nearly 3500m.

Staying in the mountains we discover the old smuggler’s trail into Lesotho, the Sani Pass. Braving about 2000m in height, the pass can be attempted on off-road bikes or for the not so brave in a 4×4 vehicle with an experienced driver. Having mastered the pass we reach the highest pub in Africa where we stop for lunch before returning to Underberg.

Riding through the Valley of 1000 Hills, we take a relaxing trip to Durban where we return the bikes.

Here are some possible extensions for your holiday.

3 EXTRA DAYS IN CAPE TOWN
3 DAYS IN KRUGER NATIONAL PARK
3 DAYS IN LIVINGSTON, ZAMBIA AT VICTORIA FALLS
HAVE SOME FUN IN MAURITIUS 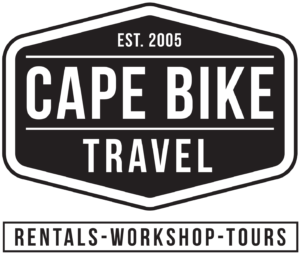 Close Menu
We use cookies on our website to give you the most relevant experience by remembering your preferences and repeat visits. By clicking “Accept”, you consent to the use of ALL the cookies. Read More
AcceptReject Cookie Settings
Manage Consent

This website uses cookies to improve your experience while you navigate through the website. Out of these, the cookies that are categorized as necessary are stored on your browser as they are essential for the working of basic functionalities of the website. We also use third-party cookies that help us analyze and understand how you use this website. These cookies will be stored in your browser only with your consent. You also have the option to opt out of these cookies, but opting out of some of these cookies may affect your browsing experience.
Necessary Always Enabled
Necessary cookies are absolutely essential for the website to function properly. These cookies ensure basic functionalities and security features of the website, anonymously.
Functional
Functional cookies help to perform certain functionalities like sharing the content of the website on social media platforms, collect feedbacks, and other third-party features.
Performance
Performance cookies are used to understand and analyze the key performance indexes of the website which helps in delivering a better user experience for the visitors.
Analytics
Analytical cookies are used to understand how visitors interact with the website. These cookies help provide information on metrics the number of visitors, bounce rate, traffic source, etc.
Advertisement
Advertisement cookies are used to provide visitors with relevant ads and marketing campaigns. These cookies track visitors across websites and collect information to provide customized ads.
Others
Other uncategorized cookies are those that are being analyzed and have not been classified into a category as yet.
SAVE & ACCEPT